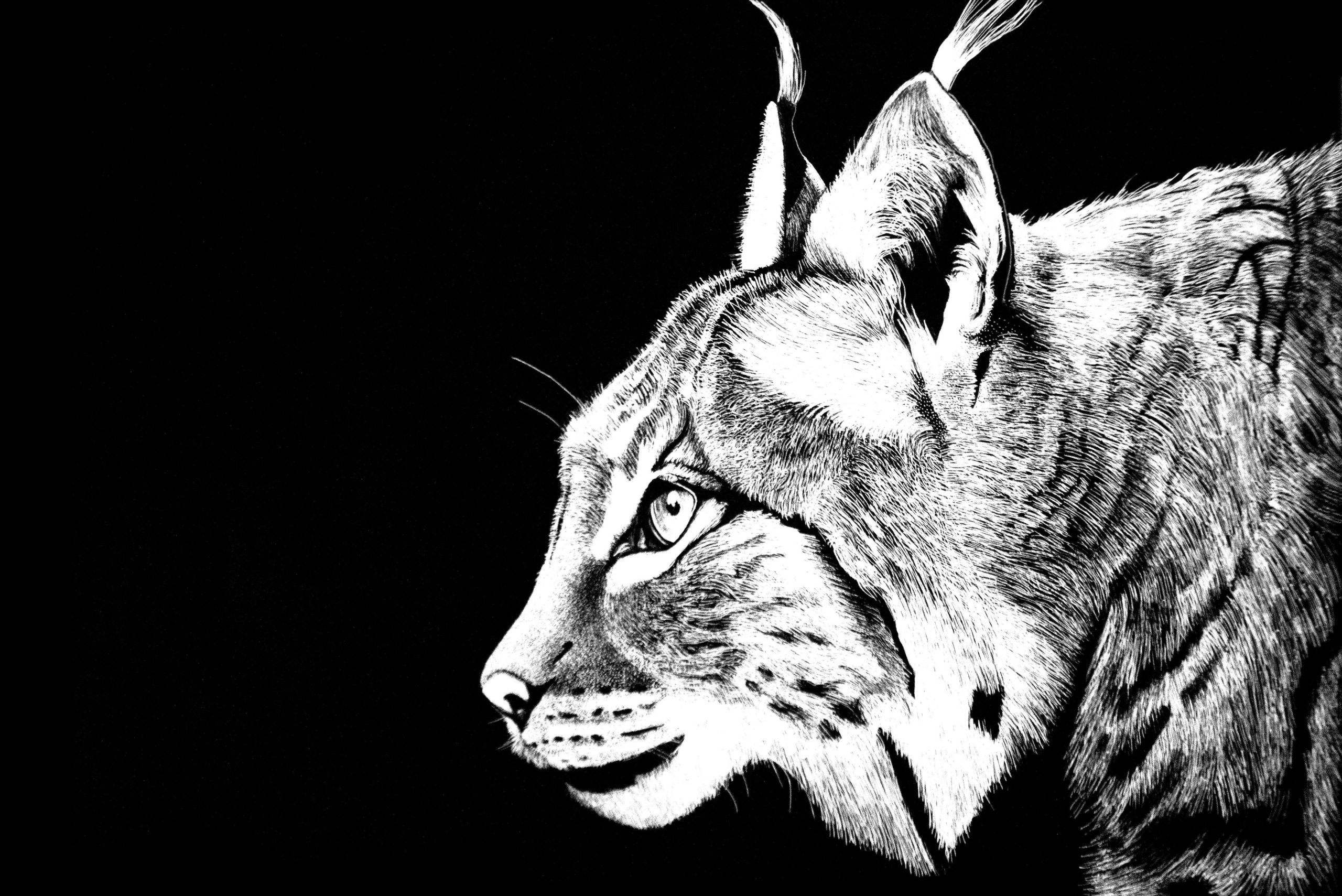 Lynx Pardinus (Iberian Lynx) are one of two carnivore species endemic to Europe. Their historical range is restricted to the Iberian Peninsula, primarily the southwestern region of Spain and much of Portugal. Iberian lynx are similar in appearance to their close relative, Eurasian lynx, but are about half the size. They are similar in size to Canada lynx (Lynx canadensis) and Bobcat (Lynx rufus), and males are larger than females. They have relatively small heads, long legs, and very short, black-tipped tails, which is a common characteristic of Lynx species. They have short, flat faces, and black tufts on the ears and jowls that give them a bearded appearance, which is especially evident in adults. They have tawny pelage, which is mottled with dark spots that vary greatly in size and shape.

I used a black sheet and the fantastic Gelly Roll and Pigma Micron pens. I also used the black Sakura Sketch Notebook for some previous studies. I loved the experience because the white Gelly Roll pens glow against the black surface creating a lot of contrast. This shiny and monochromatic effect created a beautiful and elegant result in my artwork. 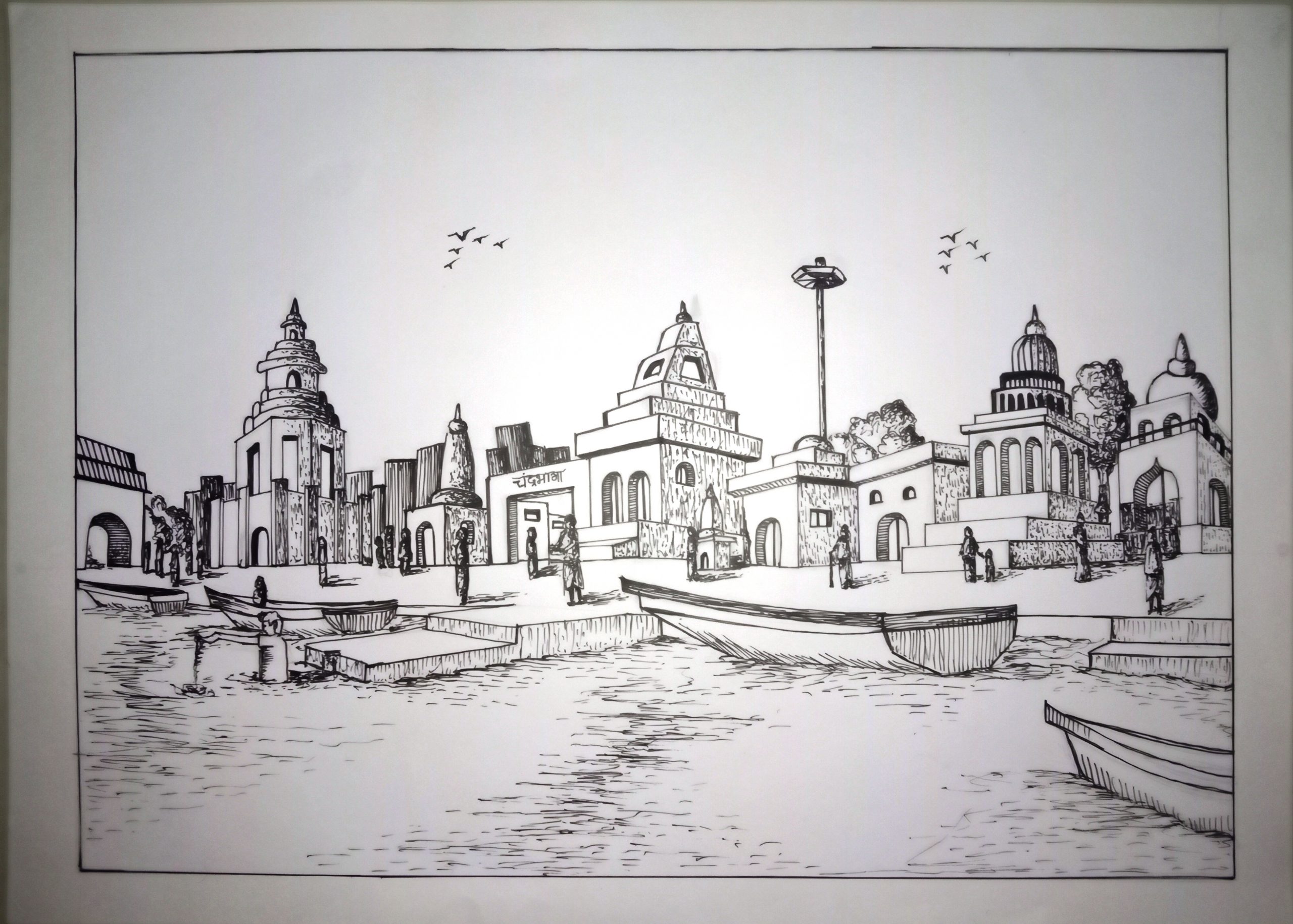 Gallery no.27 HOLY BASIN OF CHANDRABHAGA 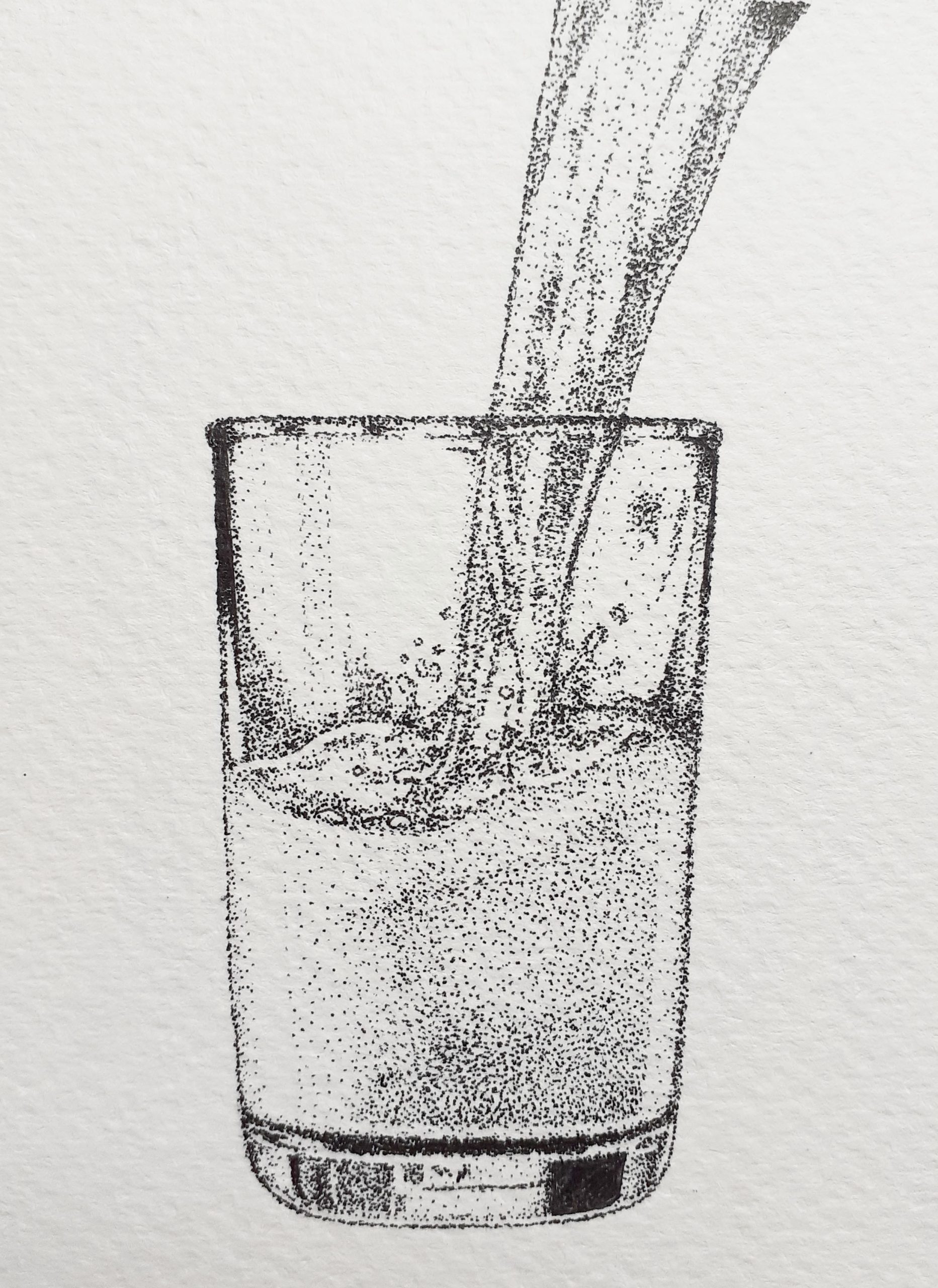 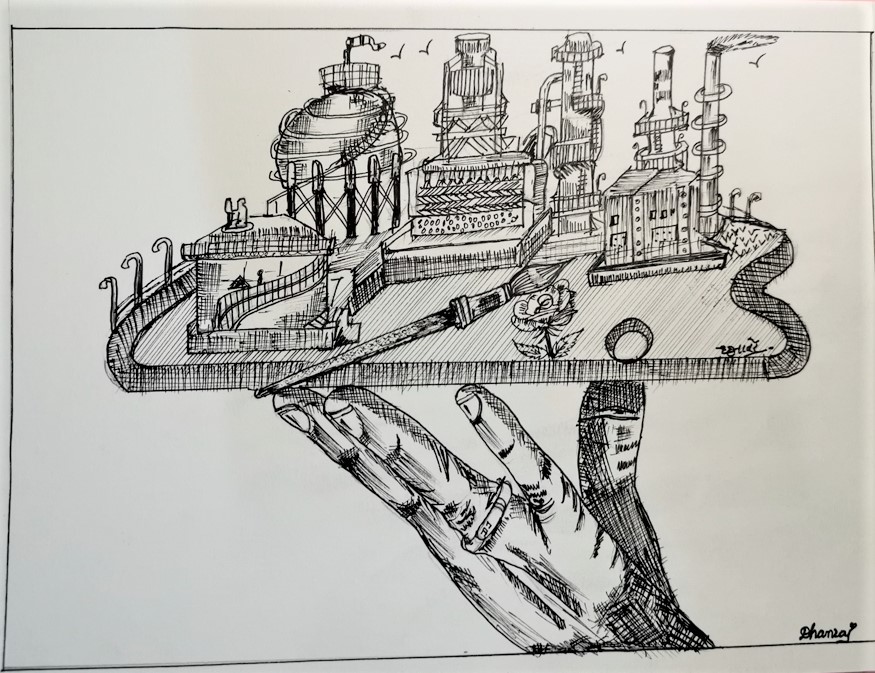 Gallery no.28 Art in My Life 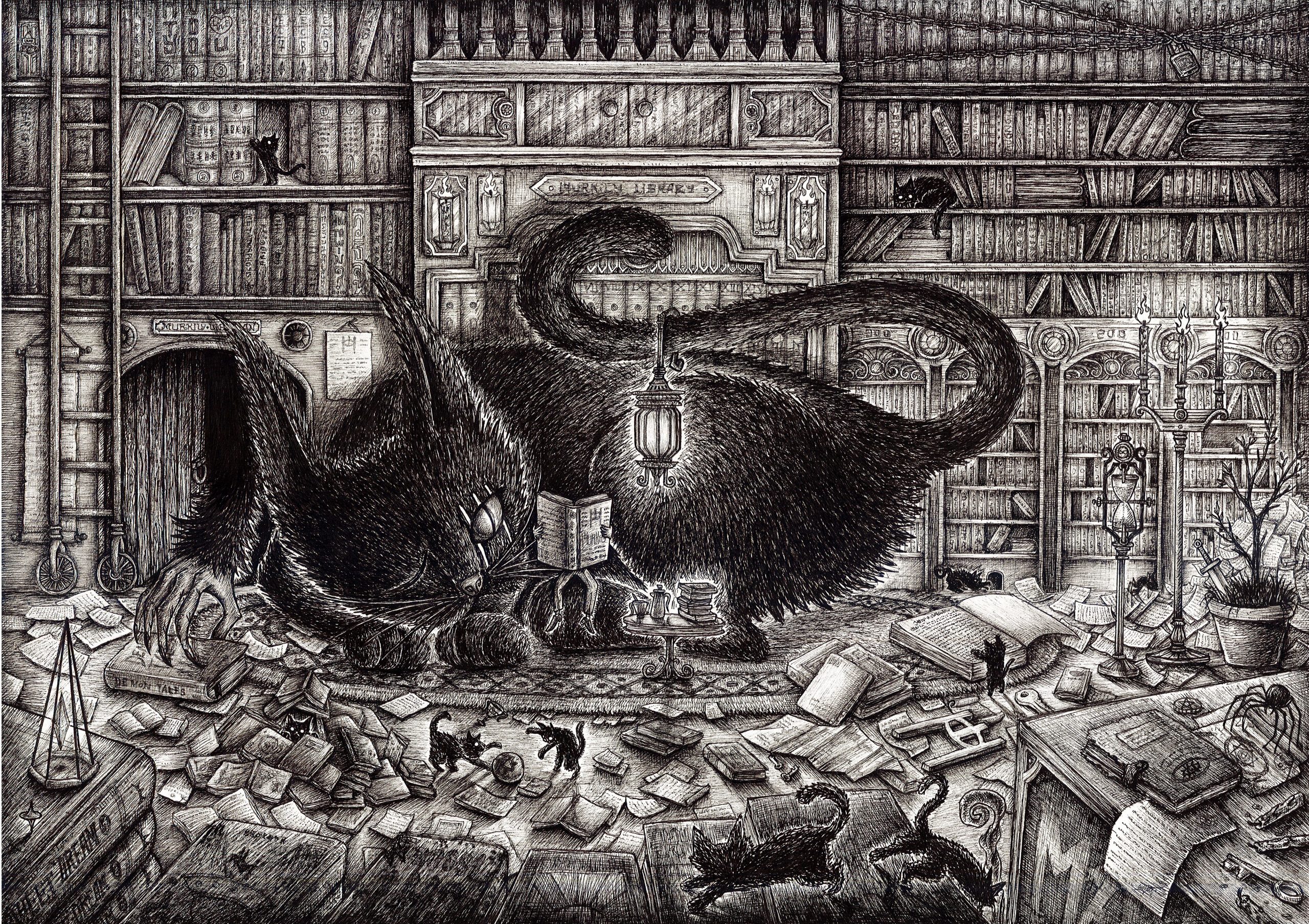 Please submit a work created using products of Sakura Color Products. Submitted works will be displayed to the entire world on this gallery’s website.